Placing and breaking a block you are standing on or about to.

If you've run into a glitch or server error, please let us know here.
Post Reply
4 posts • Page 1 of 1 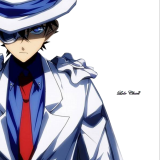 So, i wouldnt think this was much of an issue but today (21/Jan/20) i just died in the nether because i wasnt able to speed pile up to run away from lava. I believe its a sum of lag+ping+ this weird thing where the block you are standing on, if you remove it sometimes it pushes you away, even though in vanilla minecraft, if you remove the block inmedietly underneath you you dont gain lateral momentum, on this server, that keeps happening to me. Point is, if you try to speed pile up you also get this if there's lag, like i was pushed backwards by magic to step out of the block even though i was shifting. And given all i had on me its really frustrating to lose it all, especially on this server where adquiring an elytra and shulker boxes are harder than your typical vanilla singleplayer expirience.


How to replicate the bug: Make a 1x1 tower (pile up) and then come back down breaking it, you will see that you will get pushed to the sides and even fall out of the tower even though you didnt put any input.
Top

Hmm, thought that was something that 1.15 was supposed to have fixed. X talks about it in one of the snapshot videos.
Top

. I dont have any recording software but i could stream on discord if we catch each other

Can confirm that this has happened - when pillaring upwards with ores to break them down I got shunted around the block, thought it was just desync but it sounds like its an actual bug
Antidaephobia: The fear that somewhere, somehow, a duck is watching you
Top
Post Reply
4 posts • Page 1 of 1